15 within 15: A walk around my philly Neighborhood 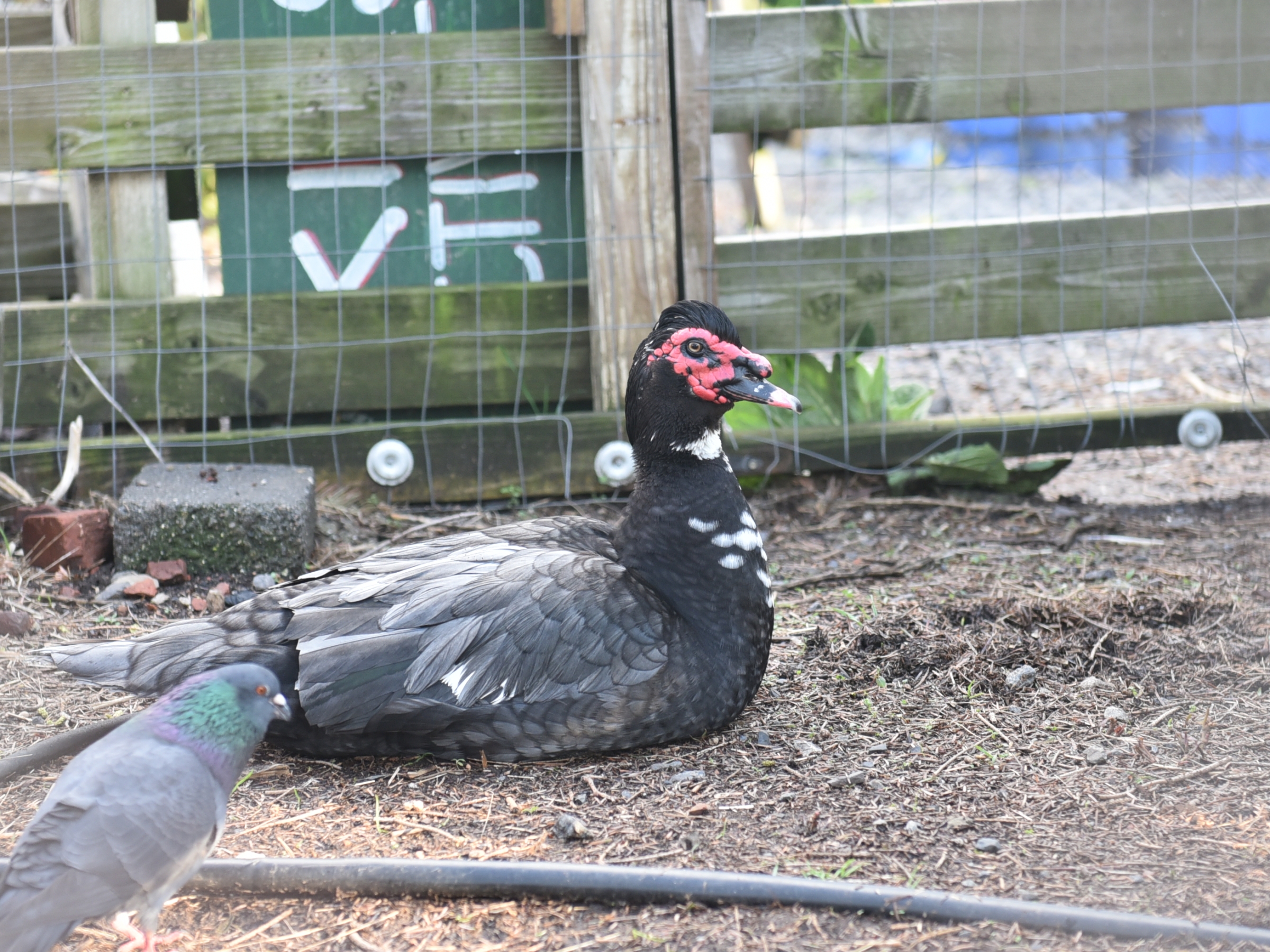 The muscovy duck at Greensgrow Farms in Kensington. A highlight of any nature-lover’s stroll around the neighborhood. [Photo: Kyle Bagenstose]

That’s the driving distance limit being championed by an increasing number of groups, including the Pennsylvania Department of Conservation and Natural Resources, for outdoor recreation under the novel coronavirus.

The idea is to stay near home and limit the spread of the disease by decreasing community-to-community infection. But it’s a tough pill to swallow: those not blessed to be immediately adjacent to their favorite recreational spots might not have much recreational opportunity within a quarter of an hour. I know it’s put my plans on hold: a guys’ trip to the Poconos in early May is off, planned visits to new state parks in northwest and southwest Pennsylvania delayed, and a goal to visit Acadia National Park by the end of the year is up in the air.

Nevermind my usual trips from Philly to campgrounds like French Creek and trail networks like Hawk Mountain.

But, I’ve decided to give it a go. Over the next few weeks, I’m going to do 15 outdoor activities within 15 minutes (maybe a few extra depending on the red lights!) to see how it feels. I’m trying to approach this with what some call “beginner’s mind.” Look carefully for nature and take it slow in places I may have only sped through before. But I also plan to turn it up a notch from time to time: Can I get my vigorous exercise and strenuous accomplishment kicks within 15 minutes of home?

Activity 1: A stroll around the neighborhood

I live in a contested neighborhood in Philly. Most maps depict it as right on the border of Kensington and Fishtown. A local civic association calls it Olde Richmond. Some old timers call it “Flat Iron.”

For me, it’s just urban. My life is swiftly approaching a 50/50 split. My first 18 years spent outside Reading, Pa. on the edge of the suburbs, where recreational opportunities abounded. The next 14 spent in various neighborhoods of Philly. We landed in this spot a few years back because the price was right and it was close to work and friends. But the immediate environment was not exactly to my liking. It strikes me as a mostly gray part of the city: less trees and greenery than Fairmount or the Northwest, more trash strewn about. It largely pushed me to begin recreating more, escaping to trails and campgrounds on the weekends to get my dose of nature.

But what would I find with a more careful eye?

Following the dramatic thunderstorms of Monday afternoon, I took an hour-long walk to find out. First stop: Greensgrow Farms, an urban farm and co-op with greenhouses, a variety of labeled plants along the exterior, and a small collection of interesting wildlife. What an asset. For an outdoor lover living in an urban area like me, this place is a beckoning lighthouse in stormy weather. Well I guess ships keep away from lighthouses in stormy weather, but let’s move on.

I worked my way carefully around the exterior of the farm, taking advantage of the plant placards to try and retain which species were which. By the time I made it around to the far corner, I was greeted by Greensgrow’s resident chickens and muscovy duck, an odd looking bird that likes to wheeze at passersby. They were looking for a handout, but all they got was their picture took.

I then wound up through the neighborhood, tracking York Street until it intersected with Frankford Avenue. With camera in hand, I was on the hunt for interesting shots. Suddenly, I was in fact seeing things I usually didn’t. In my mind’s eye, many of the streets in the area are gray and devoid of nature. In reality, they are not. On most blocks, most homes had some form of plant visible from the exterior, either in an outside planter or right inside the window. A variety of trees, many of them in bloom, populated the streets.

Most curiously, nature sprung from places it wasn’t supposed to. I’d find little sprouts of green shooting up from cracks and corners. In an abandoned brewery building next to the active Philadelphia Brewing Company, whole trees were sprouting from fissures in the brick facade, a fact I hadn’t noticed despite walking past it many times before.

There was also wildlife: pigeons, doves, starlings, and a variety of “little brown birds.” But it occurred to me I couldn’t identify all the species with confidence. Further, I couldn’t tell you much about their behavior: what time they emerged in the morning and retreated in the evening, what their diets consisted of, which species are native and which are not. On a different walk days earlier, I encountered a groundhog, diving into a trash-ringed hole underneath a nearby railroad bridge. It shocked me to see a mammal like that living among so much concrete.

For all my interest in exploring scenic vistas and winding trails far afield, it struck me I knew precious little about the flora and fauna living right around me, even though I had dismissed the area as so naturally handicapped.

So did my stroll around the neighborhood fundamentally change me? Will I give up trips to our national parks to learn more about the sleep schedule of the finches in my backyard?

But Day 1 of my 15 within 15 campaign taught me that if I slow down and make an effort, I can engage with the natural world in a way I never have before. And it might just help me appreciate the “big trips” that much more, while amplifying my enjoyment of all the days in between.

Like our stuff? Subscribe to our free weekly newsletter to get all the latest news on the great outdoors in the Delaware Valley.